Excuses, Whiskey, and Pending Cancellation Review: An Update on #cockygate

Unless you’ve been living under a rock, you’ve heard of #cockygate. Even people outside the writing community are hearing about it thanks to coverage from the New York Daily News (even though it was biased, rude, and full on inaccuracies), Slate, Vox, and so many other outlets.

In case you did actually miss it, here is the basic summary: Self-published author, Faleena Hopkins, under her production company Hop Hop Productions filed 3 separate trademarks with the United States Patent and Trademark Office. 2 of those trademarked the word “cocky”, and the third trademarking “Cocker Brothers.” Many have theorized that this is in anticipation of an upcoming film that Ms. Hopkins is directing. What started as a slow build of tension and anger due to Ms. Hopkins deciding to contact other self-published authors using the word “cocky” in their book title saying they no longer had right to use the word. She even went as far as to contact Amazon, which resulted in tons of books and reviews using the word “cocky” in their title or review. The shit hit the fan after a 90 minute Facebook Live session Ms. Hopkins decided was a good idea chastising everyone that voiced their opposition to her actions. She claims that she had been drinking whiskey prior to the stream, which many people theorized was the case based on her circular speech and lack of reasoning.

For a more in depth review of the whole situation, I recommend checking out those articles and watching some of the Youtube responses from fellow authors, even a few that knew her and considered her a colleague before this whole situation. I don’t want to take up too much time rehashing all of it.

Thanks to amazing coverage from Euna Park on Twitter, there are now screen caps and updates to the situation, although I’m only going to share the one that I feel is the most prevalent to the situation: 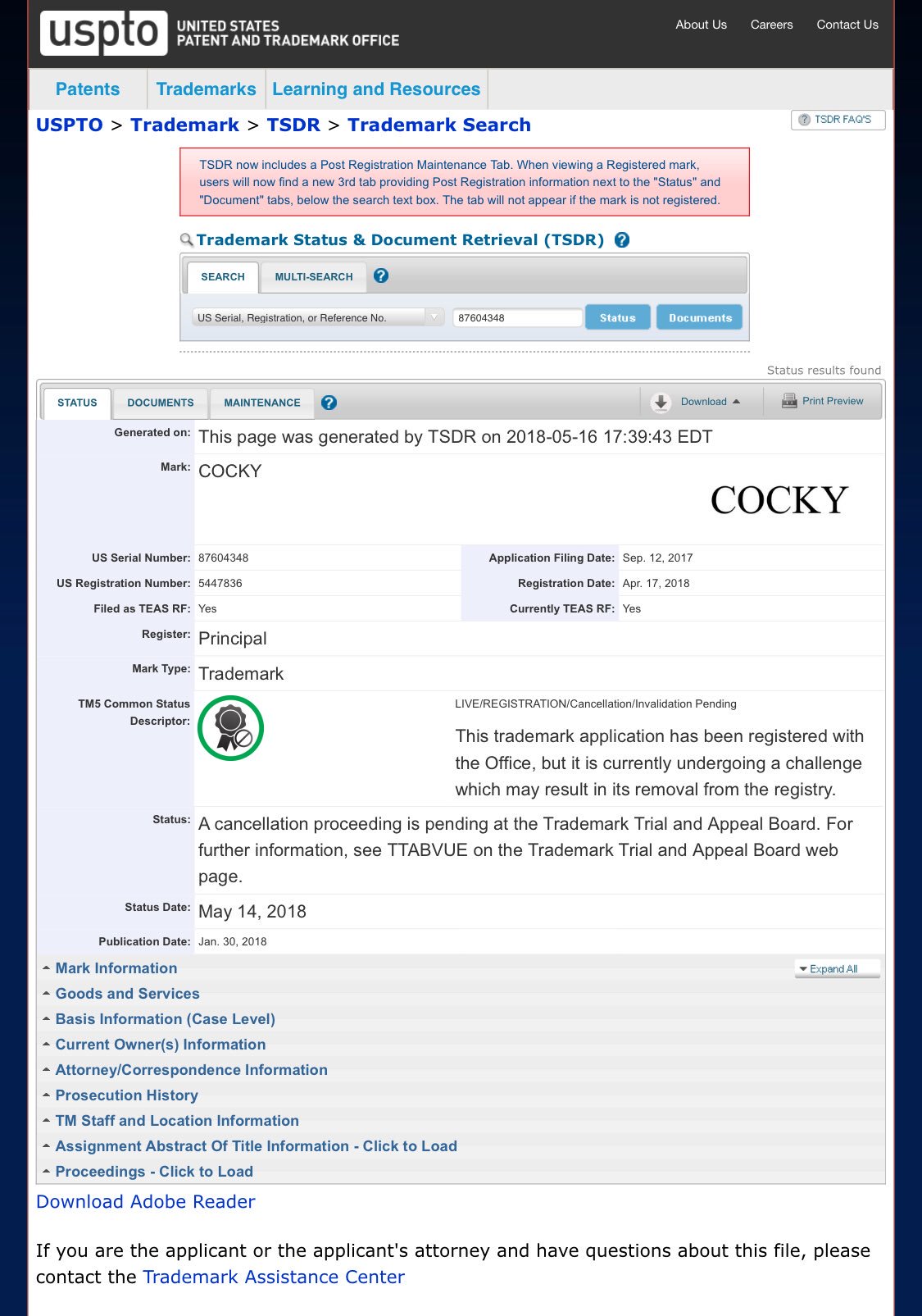 While Ms. Hopkins has deleted her author Facebook page, as well as her Instagram, and stated that she is getting off of social media to work on her latest book (which will hastily be released in a month), it’s fairly obvious that she is waiting and hoping for the whole situation to blow over. Of course, that’s pure speculation, but given the current situation and her propensity to pass the blame on to others and view herself as the innocent victim of the situation, it’s most likely not too far off from the truth.

I have to say that while this situation has been the most ridiculous and troubling that the self-publishing world has seen in quite some time, I am happy to see that this has not fallen to the wayside. Like so many horrible situations before, this is getting the focus it deserves.

What do you think? Do you have anything to add to the situation? Leave a comment below!

Posted in Journal, Random Stuff, Tips for self pub

Everyday activities of blogger who (age wise) is "three quarters and counting."

A writer inspired by nature and human nature

Echoes of Life, Love and Laughter

A Narcissist Writes Letters, To Himself

About fantastical places and other stuff

Blogging from your phone has never been so...full of typos?

My interviews with many authors

The world of the Amaranthine vampire series by Joleene Naylor

A Writer's Life For Me.

Espen Stenersrød- From Pen To Heart

Jack Kerouac with a scent of Henry Vaughn

Reviews and more of PNR, UF, and darker things.

Random Musings of a Pseudo-Madman, Version 2.0

The sometimes insightful, but many times inane observations of a self-proclaimed Sh*thead living on one side of the proverbial wormhole of existence.

Writing and life. Life and writing.

NO DROIDS WERE HARMED IN THE MAKING OF THIS BLOG....

This WordPress.com site is the bee's knees

Life As A Published Author

The Diva of Happily Ever After

Home of the Mistress of Wolves: writing, publishing, fantasy, epic storytelling, art, illustration, poetry, creativity and everything in between!

Where does magic begin...and end?

The way revenge is best served; the way a war was fought; the way a story should be told. ©

...And Everything in Between...

Welcome to the world of my Life, my Writing and Everything in Between...

Author of Murder, Mayhem and Romance

Good poetry is like a dessert you just can't put down

Suddenly they all died. The end.

Write or write not - there is no aspiring.

All I Have to Say
cmsaunders